15 Things To See and Do in Brazil

Take In Some Futbol

Since before the 2016 Olympics, one of the main things the country of Brazil is known for, is soccer. Some of the world’s most famous and best soccer players hail from the big South American country, so it might be almost mandatory to stop into one of the largest stadiums in the world for a game. Grab one of over 80,000 seats at Maracana Stadium to be a part of this favorite cultural pastime.

While the capital of Brazil is now Brasilia, the vibrant city and former capital of Rio de Janeiro is a stop worth making. Rio hosts over six million residents and millions of tourists with a variety of sights to see including the famous Christ the Redeemer and Copacabana. Being one of the largest cities in the world, Rio is filled to the brim with activities, museums and landmarks for you to get acquainted with.

Join the Party at Carnival

The Rio Carnival is one of the biggest in the world, with over 2 million people in attendance each day. Take part in the world famous festival and dance in the streets with locals and fellow tourists during the five-day celebration before lent. If you plan on being a part of the party, it’s best to book ahead as Rio Carnival prices tend to skyrocket the closer you get to the event. While tickets to participate aren’t exactly dirt cheap, it’ll be worth it to take part in a tradition dating back to the 1700s.

Floripa is every young traveler’s dream. Beautiful beaches, non-stop parties, and delicious seafood makes it easy to see why. This hotspot located in southern Brazil is perfect for those looking to let loose on vacation. By day, you’ll be able to visit the cultural Azorean fishing villages, soak in the sun, or try your hand at surfing while you’ll have plenty of nightlife options to choose from every evening.

Brasilia became Brazil’s capital in 1960 in place of Rio de Janeiro and while the former capital of Rio is a popular spot for tourists, Brasilia is not to be overlooked. This UNESCO World Heritage Site is now a masterpiece thanks to its stunning modern buildings, appealing to lovers of art and architecture. Make a stop at the Centro Cultural Banco do Brasil or the Parque Municipal to make the most of your architectural tour.

To live life in Brazil like a celebrity, head over to the collection of volcanic islands at Fernando de Noronha. This secluded part of the country sits just over 200 miles away from the coast making it a tucked away heaven for famous local stars. You’ll get a sense of peace as only a limited number of visitors are allowed on the island at a time (around 400), and you’ll be able to bask in luxury without the hassle of large crowds.

The Manaus Municipal Market is the perfect place to blend in with the locals. Constructed in 1880, the market sprawls for 12,000 square meters sitting on the banks of Rio Negro. You’ll be spoiled for choice with a variety of local produce, wine and trinkets available, as well as everyday staples that can be seen in local homes. This is the spot to be if you want to get your hands on unique souvenirs.

While in Manaus, visit the Manaus Opera House dating back to 1896. Known as the Theatre of the Amazon Jungle, this stunning building shows off Italian Renaissance architecture in the heart of Manaus. This famous historical landmark has been featured in an array of movies and still offers shows to see including the annual Amazonas Opera Festival.

The lively city of Sao Paulo is another one of the world’s largest cities (usually in the top five) with over 17 million residents. While Rio has a bit more charm, Sao Paulo is brimming with culture, food, and a vibrant nightlife. With attractions like the Sao Paulo Museum of Arts and the Sao Paulo Cathedral it’s hard to stay bored in this hub.

Try Your Hand in Combat

We don’t mean cage-fighting or boxing. The art of capoeira dates back to the 16th century combining dance, acrobatics and music. This Afro-Brazilian martial art is performed by many throughout the country and Brazil is the perfect place to learn the traditional dance. This martial art is more of a show than a fight so you won’t have to worry about getting hurt. 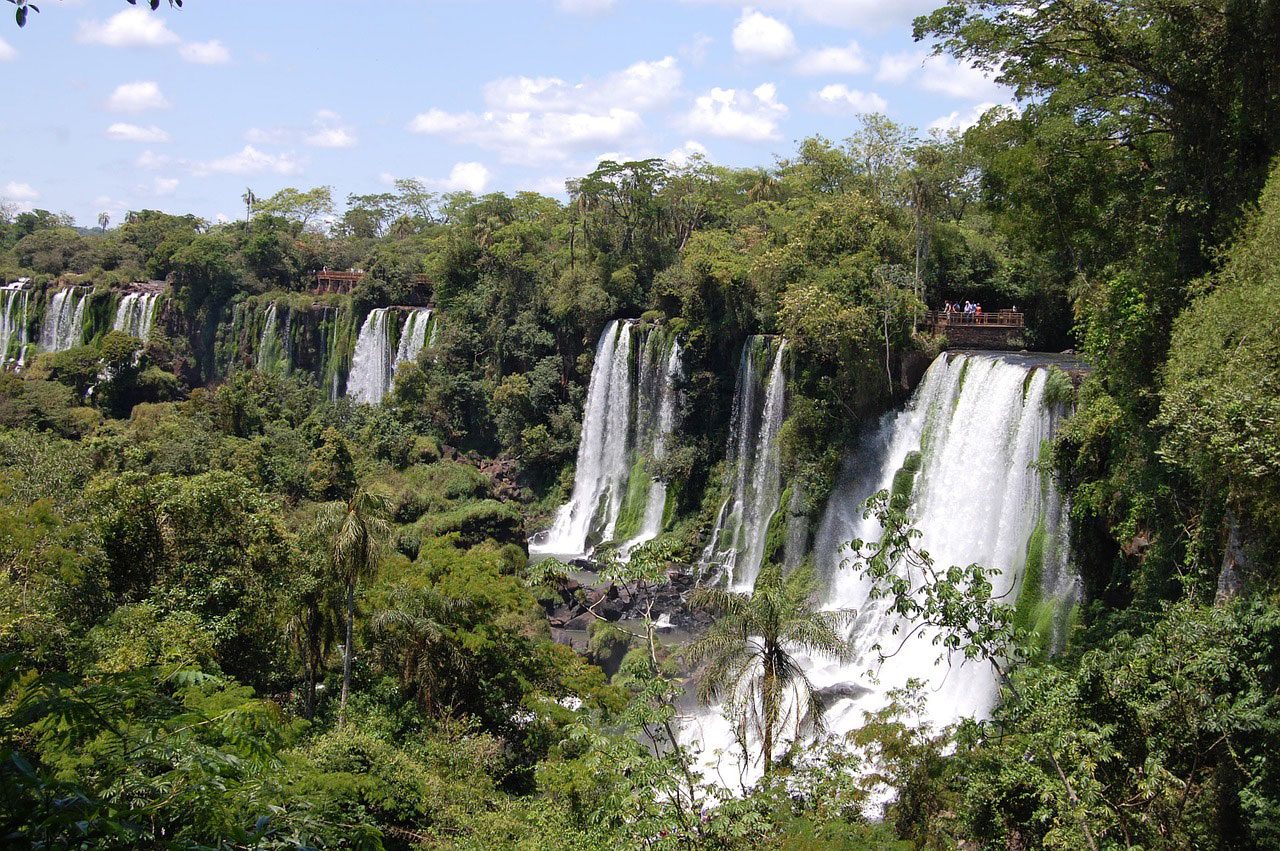 Get to Know the Amazon

In Brazil’s state of Para sits Amazonia National Park, one of the most beautiful places in the country. The park stretches across seven of Brazil’s 27 states and covers 40% of Brazilian territory. Nature lovers will enjoy the trails, and river tours, as well as the array of birds and wildlife that can be seen in the park.

If you’re looking for some of Brazil’s most beautiful beaches, head to Recife. When you’re not sunbathing, wander around the historical center for impressive views, a variety of restaurant options, and modern establishments. Yet another UNESCO World Heritage Site, nearby Olinda’s colonial city was founded in 1535 with quaint buildings and galleries to awe at.

Brazil is home to the largest wetlands in the world. The Pantanal is home to over 11,000 species of wildlife, stretching into Bolivia and Paraguay. Rare animals like the Marsh Deer and Giant Anteater can be seen in these wetlands located in the country’s western area. This area is known as Brazil’s best kept secret and both nature and animal lovers will not be disappointed.

A trip to Brazil’s stunning Iguazu Falls is sure to stick in your memory for years to come. This UNESCO World Heritage Site can also be seen from Argentina and is one of the country’s best and most beautiful natural wonders. The admission price of 4BRL is more than worth it as Iguazu Falls is double the size of Niagara Falls in width, and is also higher than the US and Canadian landmark, raining down 450,000 cubic feet of water every second.

Brazil has had a few capital cities in its time, but Salvador was the first. This cultural capital, sporting colonial architecture is also known as the ‘Capital of Happiness’ thanks to the laid-back and easygoing vibe of the city. Explore the UNESCO World Heritage Site of Pelourinho to see beautiful colonial history and cobblestone alleys. Good news Brazil visa for us citizens are now much easier to apply with 3 simple steps.

Visiting Brazil In Time Of Political And Economic Instability. From Currency To Safety, Here Is What Is Good To Know